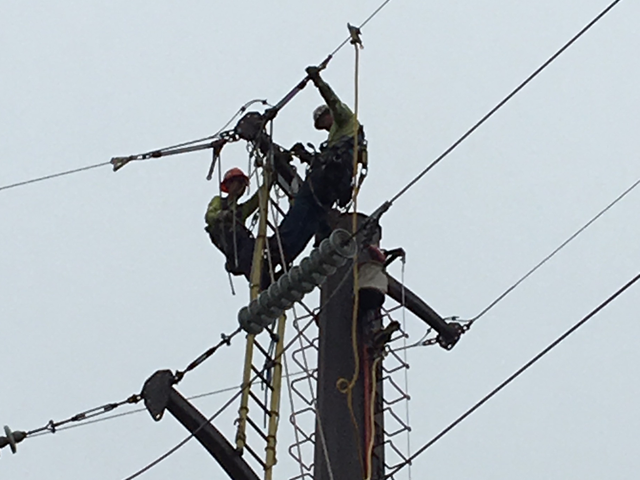 In 2019, Eversource chose Three Phase Line Construction to install more than 25 miles of optical ground wire (OPGW) in northwestern Connecticut to make the utility’s transmission system more resilient to weather and provide a communications link between its equipment. OPGW projects are important for improving grid reliability. For Three Phase’s crews, the work involves placing the wire at the topmost position on a transmission line. Three Phase’s crews undertook two projects as part of the Eversource contract and also partnered with two, specialty helicopter operators.

The helicopter pilots flew to each transmission structure and prepared the tower for wire replacement, which involved unclipping the wire and placing it into a stringing block. Three Phase crews then replaced the wire with OPGW. After the wire reached its final sag and Three Phase crews had finished each dead-end, the air crews would return to each transmission structure and place the OPGW in its final position. Three Phase deployed helicopters for the projects to ratchet back civil disturbance and reduce the amount of permitting it would otherwise require to travel the entire length of the right of way.

Connecticut reliability project gets a lift from Three Phase crews

345kV-line completed under budget, on schedule in New England